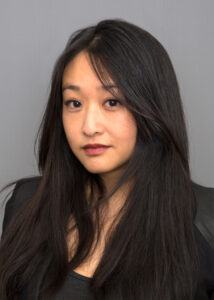 Ms. Maria Kiang established Maria Kiang Chinese Art in 2006. She studied Chinese art as well as Indian Art under the British Museum and SOAS program in London and continued on to a Masters program in Chinese Art and Archaeology at SOAS.
Over the past decade, she has developed an international reputation as one of the leading specialists in Chinese Antiques, notably in the field of Scholar’s Objects, Buddhist art, Song ceramics, and various works of art. Maria Kiang has regularly exhibited at major international fairs in Hong Kong, New York and Beijing. She has also taken part in several major exhibitions such as The Chinese Scholar: Ink Paintings and Works of Art, Presented by the Five Friends of Spring in New York.
Since 2006, Maria Kiang has worked with numerous important collectors and various museums around the world, receiving great applause for her understanding in Chinese Antiques as well as discovering rare and unique works of art. Maria Kiang Chinese Art is currently based in Hong Kong. 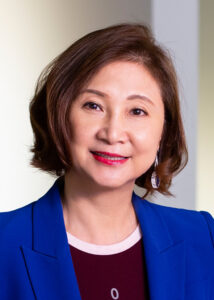 Born and raised in Hong Kong, Catherine Kwai established Kwai Fung Hin Art Gallery in 1991, motivated by a personal passion for art and a desire to bring new artists to Hong Kong.

Kwai Fung Hin reflects Catherine Kwai’s passion for 20th century European artists, as well as Chinese and Asian artists who have extensive cultural experience in the West, and infuse contemporary elements into the existing tradition, such as Zao Wou-Ki, Li Huayi, Ai Xuan and Pan Gongkai.

In the past 29 years, Kwai Fung Hin has organized over 100 exhibitions, cooperated with renowned museums and published over thirty-five art catalogues. Willing to share her expertise in the arts, Catherine Kwai is also involved with a number of charities in Hong Kong. In 2011, she was made Knight of l’Ordre National du Mérite by the French Government for her contribution to the arts. 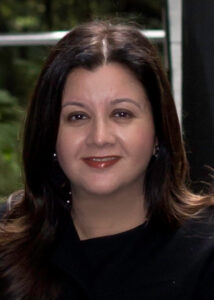 Amna Naqvi is the founder of the AAN Foundation. She is an art collector, philanthropist, publisher and a supporter of art projects and initiatives, which have played a major role in the development of contemporary Pakistani art space both locally, as well as globally for the past two decades. The AAN Collection comprises of works of art from 3rd Century Gandhara sculptures to 17th Century Mughal miniatures to contemporary art by artists such as Shahzia Sikander, Imran Qureshi, Takashi Murakami and Zhang Xiaogang. Works from the collection have been part of major exhibitions at over fifty institutions including The Metropolitan Museum of Art New York, Belvedere Museum Vienna, Singapore Art Museum, Venice Biennial, Sharjah Biennial, The Guggenheim Museum Bilbao, MAXXI Museum Rome. The collection is complemented by the AAN Foundation, which supports exhibitions and projects in Asia as well as globally. A very significant part of the AAN Foundation’s aim is also to provide support at the very initial/conceptual stages, to projects, which could become platforms for further strengthening the artistic space in their own areas and geographies such as the inaugural Lahore Biennale and Lahore Literary Festival. Other projects and exhibitions were supported at institutions such as Para Site Art Space, Asia Society in New York/Hong Kong, Asia Art Archive and the Mohatta Palace Museum, Karachi. Amna Naqvi also sat on the Tate Modern’s South Asia Acquisitions Committee as well as the Global Council for Arts and Culture at Asia Society, New York. 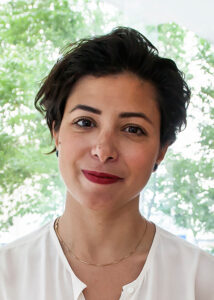 Özge Ersoy is Public Programmes Lead at Asia Art Archive. She is also Research and Programming Associate of the 13th Gwangju Biennale (2021). Prior to joining the Asia Art Archive team, she was running collectorspace, a nonprofit initiative in Istanbul. Her writings have been included in many books and magazines, including Curating Under Pressure (Routledge, 2020) and The Constituent Museum (Valiz and L’Internationale, 2018). She holds an M.A. from the Center for Curatorial Studies, Bard College.