This talk will present the collection of the Qing imperial household in the Qianlong reign, explaining that the true collection was smaller in scale but wider in category than our current understanding.  The formation of the collection was a collective effort of many specialists rather than the emperor’s personal activity.  In addition, the purpose of collecting was not to demonstrate imperial power but to gather essential information for ruling the empire. 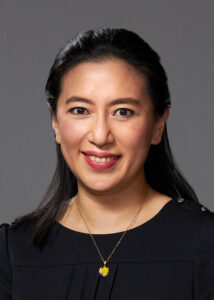 Nicole Chiang, who holds a PhD from SOAS, has been appointed curator. Chiang began her career at the National Palace Museum in Taipei, where she participated in the establishment of the museum’s southern branch. She has made curatorial contributions to several exhibitions, including ‘The Search for Immortality: Tomb Treasures of Han China’ at The Fitzwilliam Museum and ‘The Printed Image in China’ and ‘Modern Chinese Ink Paintings’ at The British Museum. She joins the Hong Kong Palace Museum from the Museum of East Asian Art in Bath, where she served as curator as well as teaching at SOAS. Her research interests include the art and material culture of China’s Qing dynasty, crosscultural studies, collecting history and theories, and museum studies.