Presented by The Ink Society

This panel will reflect on the art and thought of pioneering Hong Kong modern artist Luis Chan by reviewing some of his signature works, writings, and other archival materials. 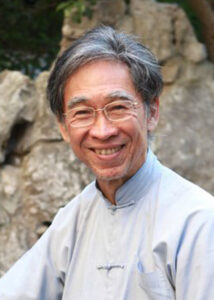 Johnson Chang is an Independent curator, guest professor of China Academy of Art (Hangzhou, China), and director of Hanart TZ Gallery (Hong Kong). He has been active in curating Chinese exhibitions since the 1980s, including co-curator of Guangzhou Triennial in 2008 (“Farewell to Post-Colonialism”), Shanghai Biennale in 2012, and“East Meets West” at Saatchi Gallery in 2014. Current active projects include Jia Li Hall, a series of research on Confucian rites and aesthetics; West Heavens, Sino Indian exchange in art and social thought; Yaji Garden(a project relating to the Yellow Box Projects), which investigates Chinese aesthetic space and its culture of connoisseurship; and Inter-Asia School, which organised the “Inter-Asia Biennale Forums” at the Shanghai Biennial, Gwangju Biennial, Taipei Biennial and Kochi-Muziris Bienniale in 2014 and 2016. 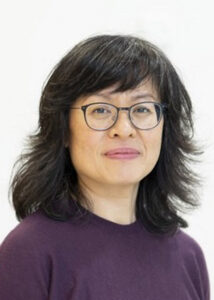 Tina Pang is Curator, Hong Kong Visual Culture at M+, part of the West Kowloon Cultural District. Prior to joining M+ in 2014 she was curator at the University Museum and Art Gallery, The University of Hong Kong, and honorary assistant professor in the Department of Fine Arts where she taught museum studies and Chinese material culture. In 2010 she received the Lee Hysan Foundation Fellowship from the Asian Cultural Council to research curatorial practices in the United States. Pang is a graduate of the School of Oriental and African Studies, University of London (BA Hons Chinese and Art & Archaeology), and St. Hilda’s College, The University of Oxford, (MPhil Ethnology and Museum Ethnography).

Christina Lam is the second eldest grandchild of Hong Kong artist Luis Chan, and has been involved in Chan’s artistic life ever since she was young. She served as a “model” for Chan’s sketching classes during her primary school years, and has assisted Chan in studio administration and operations during her secondary school and university years. Currently, she represents the family in organising the paintings and archival materials in the Luis Trust Collection for exhibition. Lam is a certified public accountant in Hong Kong, prior to establishing her own practice she was formerly a partner in PricewaterhouseCoopers Hong Kong. 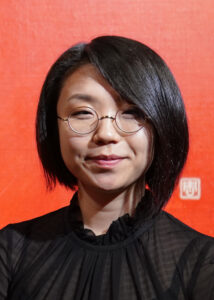 Joyce Hei-ting Wong was formerly Curator at Asia Society Hong Kong Center. She has assisted the inauguration of ASHK’s “20th Century Chinese Female Artist Series” including exhibitions Painting Her Way: The Ink Art of Fang Zhaoling (2017) curated by Kuiyi Shen and Julia F. Andrews, Spring: Pan Yu-Lin in Paris (2018) curated by Eric Lefebver, and most recently curated A World Within: The Art and Inspiration of Irene Chou (2019). Wong holds a BA from the University of Hong Kong, double majoring in English Literature and Fine Art (2015) and is currently an MA student of Contemporary Literature, Culture & Theory at King’s College London.