Jadeite Jewellery and Arts: Integration of Nature, Creation and Affection

Is Jadeite jewellery made purely for wearing and looking beautiful on people? Or can it also be considered as a meaningful piece of cultural art? The speaker will discuss jadeite jewelry from its history through to its design and its value as a collecting category today. 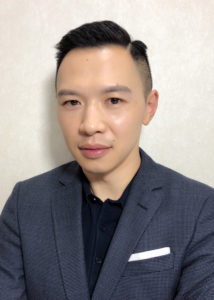 Stanley Chu, Managing Director of On Tung Jewellery, comes from a well-known jadeite family. His legendary father, Mr Chu Che Keung has been in the trade for over 50 years and his huge collection of fine jadeite is second to none. Stanley studied in the USA from the age of 13 and obtained his Bachelor’s degree in International Business at the University of San Francisco. In his early career, he worked  in commercial banking in the USA. At the age of 27, Stanley relocated to Beijing and with his business partner, established an outdoor media company that  was later listed in the USA.

In 2009, Stanley returned to his birthplace, Hong Kong, to help his family’s jadeite business. Having been exposed to fine jadeite since he was a child, he quickly mastered the essentials of jadeite appreciation. Stanley devoted much of his time to the purchasing of jade roughs, stone cutting, jewellery design and production.  Although  jadeite culture is centuries old in China, it was never widely recognised in other countries. Only a small number of foreigners truly appreciate the beauty of jadeite and understand its value. In recent years, Stanley’s mission has been to change the misconception of jadeite as “outdated” and “for Chinese people only”. He has been working on various projects to promote jadeite to the world by co-operating with young Asian and European designers in developing modern jadeite jewellery, and supplying jadeite materials to top international jewellery brands. In addition, Stanley has contributed to several books on jadeite and provided professional advice to Western authors. Stanley is considered one of the most active and important revolutionary leaders in the modernisation of jadeite.

The New Kingdom period in Egypt is considered the third great era of Egyptian culture and was characterised by 500 years of political stability and economic prosperity. Military campaigns carried out by the Egyptian rulers extended Egypt’s influence in the Near East, and they Pharaohs amassed unimaginable wealth, much of which they lavished on their gods. Although the administrative capital was established in the Delta, Thebes remained a culural and religious centre. Here the pharaohs built their mortuary temples and were buried in massive rock-cut tombs decorated with finely executed paintings or painted reliefs.
“The subject is probably a lady in a banqueting scene with an attendant serving the lady. The fragment includes the head and left shoulder of a the lady, her right hand (shown as a left hand) extended to receive a orsel, and the samller right hand and upper right arm of a second figure facing her. This somewhat confusing group of hands represents the interaction of two figures, the lady and a smaller secondary figure. The finely delineated profile of the lady with the well-carved eye is set off by an elaborate headdress. On the top of her head is an ointment cone from which two lotus buds fall to the front. These cones were worn at banquets and gradually melted to suffuse.