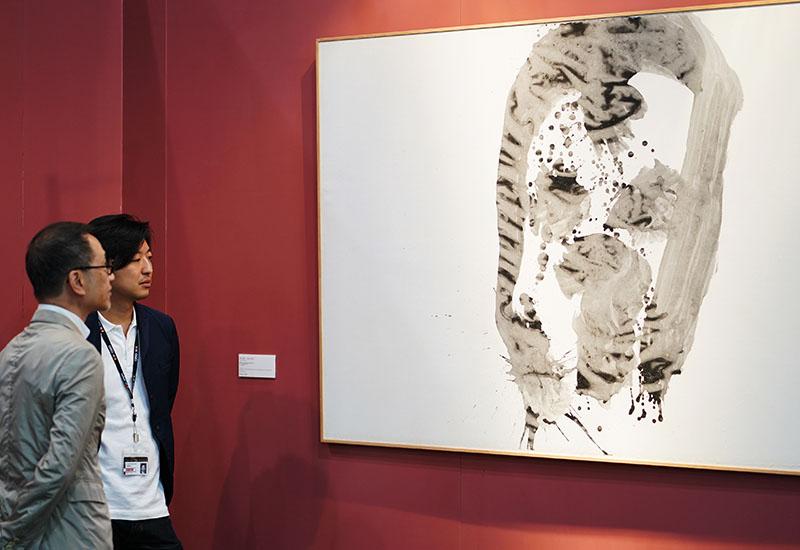 The New Kingdom period in Egypt is considered the third great era of Egyptian culture and was characterised by 500 years of political stability and economic prosperity. Military campaigns carried out by the Egyptian rulers extended Egypt’s influence in the Near East, and they Pharaohs amassed unimaginable wealth, much of which they lavished on their gods. Although the administrative capital was established in the Delta, Thebes remained a culural and religious centre. Here the pharaohs built their mortuary temples and were buried in massive rock-cut tombs decorated with finely executed paintings or painted reliefs.
“The subject is probably a lady in a banqueting scene with an attendant serving the lady. The fragment includes the head and left shoulder of a the lady, her right hand (shown as a left hand) extended to receive a orsel, and the samller right hand and upper right arm of a second figure facing her. This somewhat confusing group of hands represents the interaction of two figures, the lady and a smaller secondary figure. The finely delineated profile of the lady with the well-carved eye is set off by an elaborate headdress. On the top of her head is an ointment cone from which two lotus buds fall to the front. These cones were worn at banquets and gradually melted to suffuse.