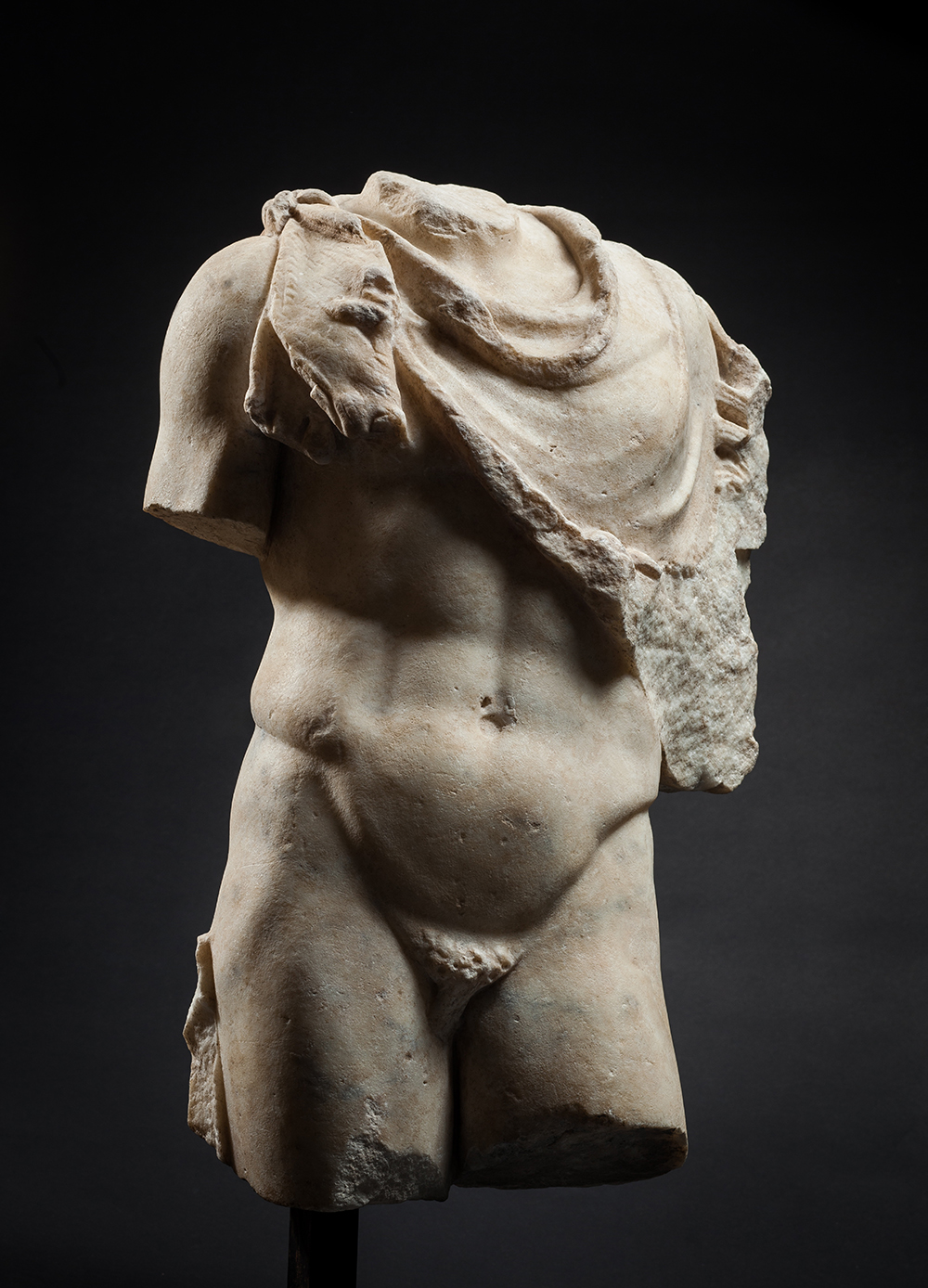 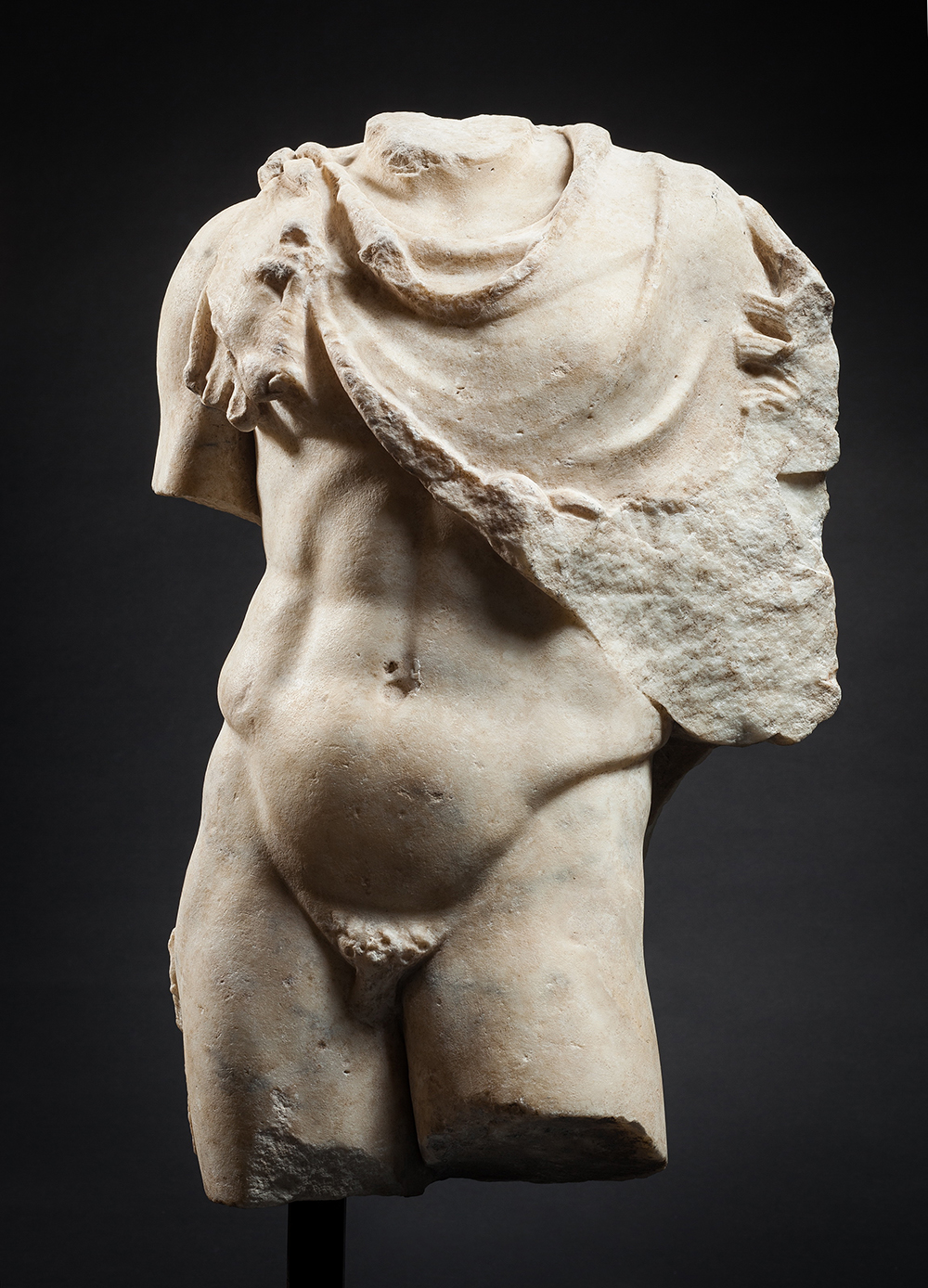 This torso represents an idealised version of the male form, and as such is both a handsome piece, and an interesting example of Imperial Roman taste of sculpture made in the Greek tradition. With a panther pelt draped over the right shoulder and broad chest. The musculature is sensitively rendered, and the taut strength of the body is well-conveyed. The S-curve of the body is a hallmark of works made in the style of the Classical Greek master Praxiteles, as is the slight twist of the torso to the right. This curving visual rhythm underpins the magnetism of the piece. In the absence of limbs, the taut turn of the body, the broad chest and the extension of the hip possess an energy and anatomical vitality. A torso depicting a youthful Dionysus, now in the collection of the Metropolitan Museum in New York, is of comparable stature and is relevant in various ways to the present piece. It similarly dates from the Roman Imperial period and emulates the sculptural style of fifth-century Greece. In light of the Met statue, it could be conjectured that the present torso was once that of a god, indeed possibly Dionysus, who is often depicted semi-clothed in drapery.