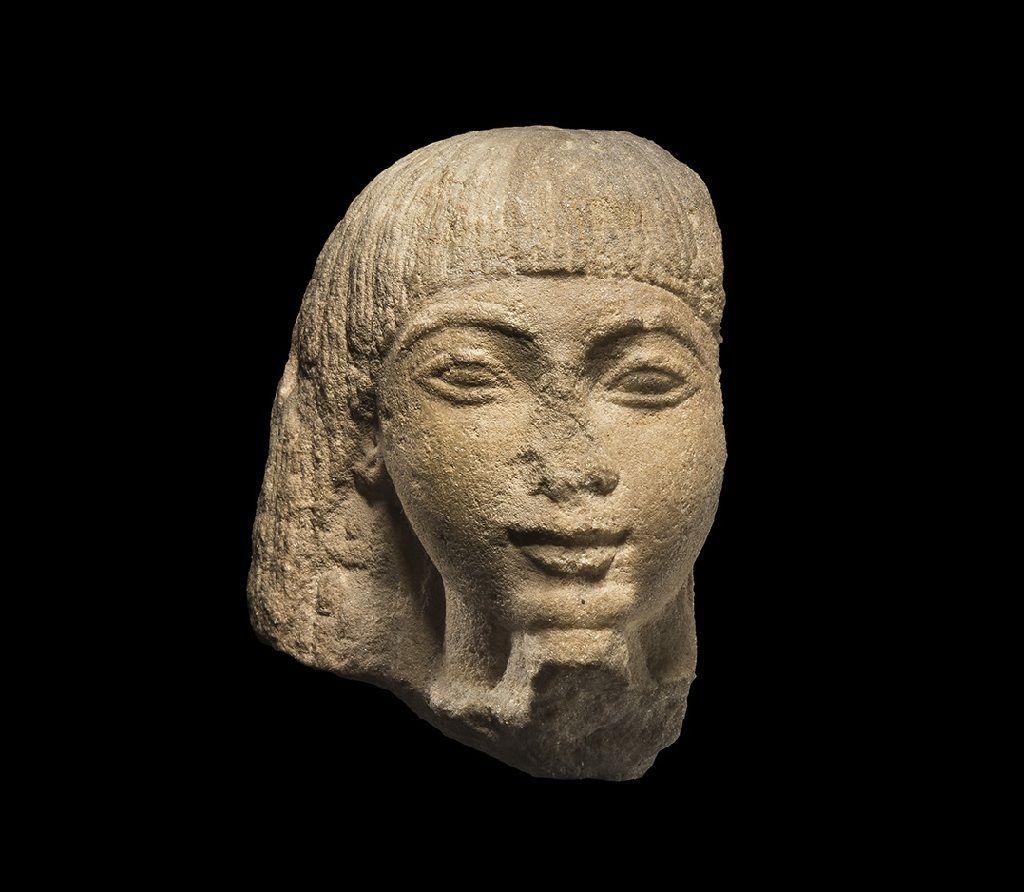 This fragmentary head sculpted in the round probably comes from a block statue of a seated of kneeling figure. On the head is a wig that consists of vertical braids, covering both the back of the skull and the forehead and forming a curved line that echoes the curve of the eyebrows. The lips reveal a faint smile, and the beginning of a false beard adorns the chin. Almost all of the quartzite (otherwise known as silicified or siliceous sandstone) used for statuary in Egypt comes from quarries in just two areas: Cairo (the Gebel Ahmar quarry) and Aswan (the Gharb Aswan and Wadi Abu Aggag quarries), therefore we can assume that most likely the stone for this sculpture was most likely originally from either of these two areas. Quartzite was a highly valued but difficult to carve hard stone. As such, it was often reserved for private and royal statues and sarcophagi, such as those of Hatshepsut and Tutankhamun (the square sarcophagus from his tomb in which the famous golden anthropoid coffins were placed).