Impressionism and Collecting in the 21st Century

Section 2 – The Joys of Collecting
Glenn will go on to talk about the famous collections over the years and the inspiration behind them. He will touch on other advantages in collecting, such as the joy that it can bring, the legacy that you can leave and the investment potential on offer to the wise and canny collector.

Section 3 – The Overlooked Masters
The presentation will conclude with a section on overlooked masters from the Impressionist period and the 20th century, and the opportunities they present to modern day collectors. 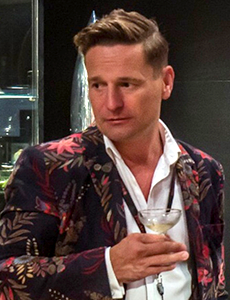 Glenn Fuller is Director of Gladwell & Patterson, London’s oldest art gallery, established in 1752. Glenn joined his family business in 1994, and over a 25-year period of intense change has played a defining role in repositioning this historic business for the 21st century. By balancing tradition with innovation, Gladwell & Patterson is now perfectly placed for the opportunities of the future.

Glenn advises the gallery’s private clients on the formation and curation of their collections and is a specialist in the Impressionist movement, highlighting Monet’s works as his favourites. Educated at Whitgift School and St. Andrews University, Glenn’s keenest passions beyond the art world are skiing, sailing and rugby.